We are sharing this poster from Against Port Expansion with our readers. If you care, take action to oppose Terminal 2 by signing the petition to the House of Commons:
https://petitions.ourcommons.ca/en/Petition/Sign/e-2828 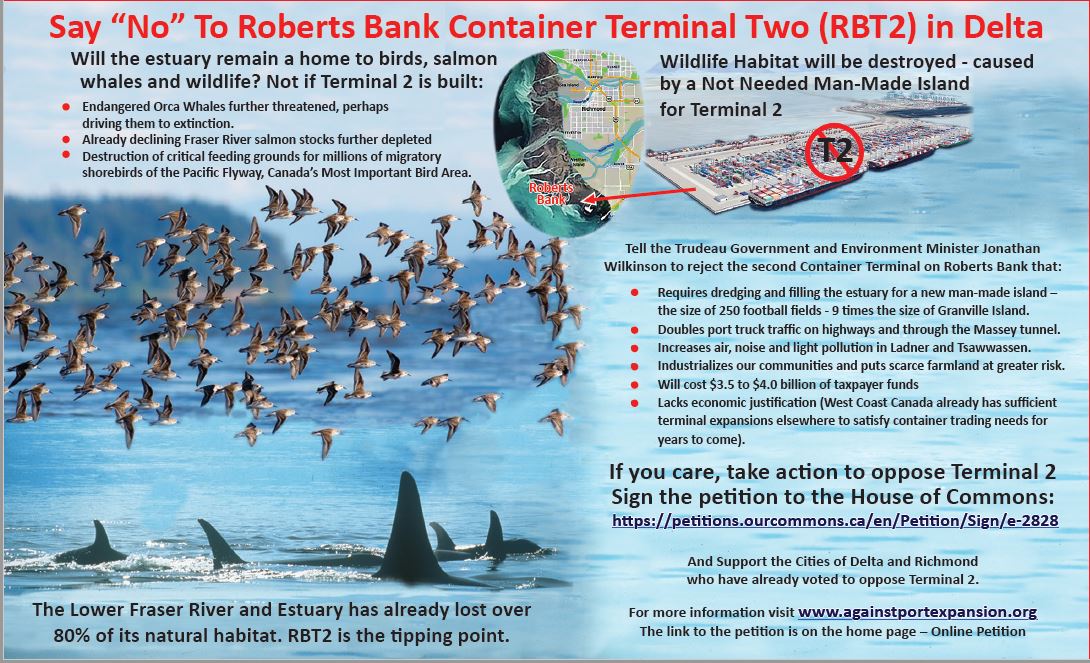 Will the estuary remain a home to birds, salmon whales and wildlife? Not if Terminal 2 is built:

The Lower Fraser River and Estuary has already lost over 80% of its natural habitat. RBT2 is the tipping point.

Tell the Trudeau Government and Environment Minister Jonathan Wilkinson to reject the second Container Terminal on Roberts Bank that:

If you care, take action to oppose Terminal 2 Sign the petition to the House of Commons:
https://petitions.ourcommons.ca/en/Petition/Sign/e-2828

And Support the Cities of Delta and Richmond who have already voted to oppose Terminal 2.