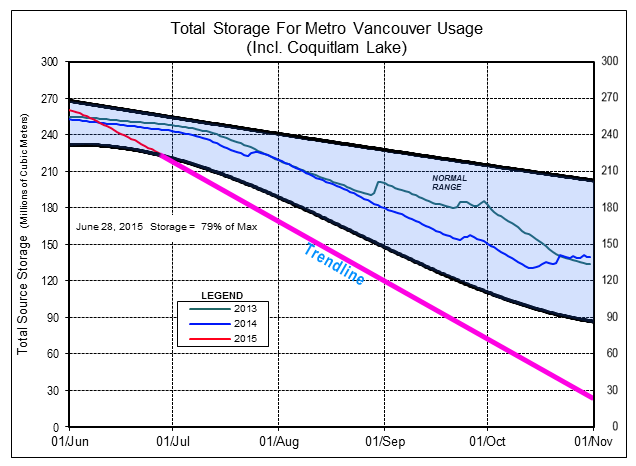 From June to November each year, Metro Vancouver posts a graph online showing total reservoir storage levels. The information is updated each Tuesday. The latest date indicated is June 28.

As we await the next update, we at CityHallWatch tried to imagine where this is headed if we don’t receive some serious rainfall and if we keep consuming the same amount of water.

Water consumption is basically a straight line, with the slope of the line depending on the total average liters consumed per capita. A society that is better at conserving water will have a shallower slope for that pink line. Meanwhile the squiggles in 2013 and 2014 (green and blue lines) represent…