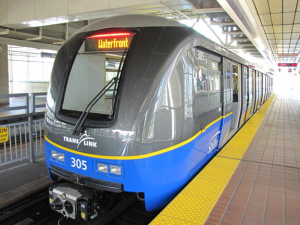 Can the debate be viewed from balanced perspective?

What is the “Yes” vote all about?

Essentially this is the referendum: An attempt at updating public transport with a seemingly moderate .5% sales tax increase. The real question is where will it stop? What will we be asked to pay for next, hospitals and schools? Historically public transport and infrastructure are paid through income tax because it is the fairest form of taxation.

Here is a government that has just presented us with a “balanced budget”. Sadly the government will interpret the vote any way they want. And continue to give us balanced budgets while leaving our schools unsafe, our medical waits the longest in Canada and off-loading as many bridges, etc. as possible. I guess the Victoria consensus is that most people are buying the balanced budget part and accepting of the rest.

Certainly, government by referendum is less than satisfactory. Having said that, I believe that if this is the ‘Public Consultation’ that Translink is supposed to undertake our various governments  and Translink have a lot to learn. The largest problem with Translink is the hands-on, hands-off policy Victoria seems to be obsessed with. When you say Translink I think Victoria. If the two aren’t joined at the hip why would the board fire the CEO while the ink is still wet on his bonus cheque?

Why the disconnect between the Mayors?

It is disconcerting to me that various municipalities are spending public money on pushing this (Victoria) agenda because it happens to serve their municipality. At the same time, other Mayors are abstaining or voting “No” outright.  The latter group is obviously concerned that the plan does not serve their community. We are told that it is good for the economy and the environment and the “Yes” vote has bought into that. Really? This is just spin, these are not the issues, these are by-products. The real issue is not ‘more transit’, but more effective transit. If we are talking about the economics, we should be talking about the economics of our transit. And in this case that means Translink.

There has been a lot of discussion about the effectiveness or ineffectiveness of Translink. The following links give some interesting statistics for Translink:

The first document shows that Translink debt tripled from 2005 to 2009 while ridership went down. Administrative costs rose 100% from 2002-2008 while ridership costs rose 40%. Administration costs are the second highest of its Canadian peers. The second document states that Coast MountainBC costs are higher than most Canadian peers. Certainly operating costs are substantially higher than systems in Calgary, Edmonton, Victoria and Toronto. According to data from CUTA (Canadian urban transit association) cost efficiency is second lowest for this peer group and cost effectiveness the lowest. In terms of revenue passengers per kilometer Translink is the lowest in the group. All of this and the average fare costs are the highest of the group. Do these numbers speak of an efficient system?

The saddest statistic is that Translink attracts fewer riders per unit of service than any other system. How is it possible that this is not a threshold point for any CEO bonus? If Translink cannot improve that portion of its income it will keep coming back for more money.

So how will you vote?

The dialogue has slipped into little more than a yelling match. It is interesting that people see this as an American phenomenon. Having lived in 5 provinces I find that Victoria has perfected this standard ‘divide and conquer’ approach. Give the people something to get polarized around and you can justify any decision.

The reason I will be voting ‘no’ is NOT because South Delta service is decreasing with the increase in taxes. It will be because I have no faith in an organization that mixes operating costs with capital costs and gets away with it. We are, essentially, stock holders of Translink. Translink needs to be able to show the public a lean organization. An organization that is not saddled with money losing bridges. Is it reasonable for the public to pay to build a bridge and again to cross it? Is it reasonable to ask us to pay additional taxes for the debt incurred by political decision like the choosing of the Canada line?

Until these issues are settled I have no desire to throw good money after bad. The scare mongering tactic of telling us this is the “last kick at the can” is just that; a tactic. Let our elected politicians show some leadership and offer us something more than this parochial diatribe. Our urban development needs to be planned by a body that is not ruled by either the Mayors council or Victoria; people that have no political agenda or affiliation. Only that level of planning can actually move the Greater Vancouver District into the future. Unless I can be shown that this is the case I am not convinced that this ‘coming back to the trough’ by Translink won’t be an endless drain on the middleclass.